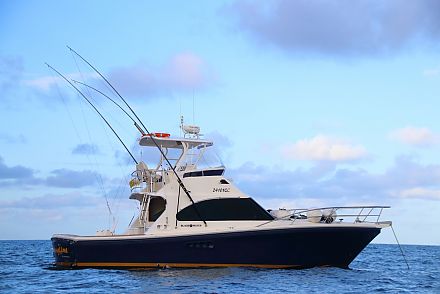 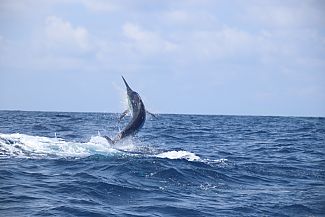 Adrenaline is available to charter for: 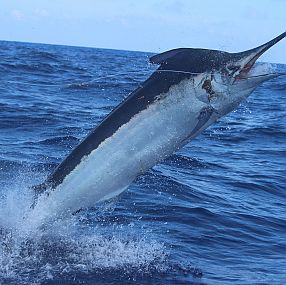 Australia's great Barrier Reef  plays host to the largest congregation of Black Marlin in the world during their annual spawning aggregation. Large female Black Marlin in excess of 1000 pounds are met by the smaller males to breed resulting in incredible opportunities for anglers to catch that fish of a lifetime.

The fishing grounds are along the outer reefs from Cairns to North of Lizard Island with 'the bite' generally starting to the north early in the season and firing more  off Cairns toward the end of the season. Although marlin are caught consistently along all of these areas.

Trolling large dead baits are the most effective methods to catch these fish with the use of Circle Hooks ensuring a tough fight and healthy fish released.

Book with us! A crew that lives and breathes fishing and is eager to share this amazing fishery with other passionate anglers! 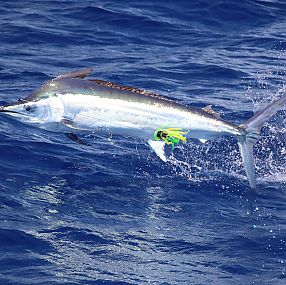 From July to September we see the annual run of Juvenile Black Marlin off Cairns providing incredible fishing action on light tackle. Large bait schools form around the inshore shoals resulting in marlin congregating in numbers.

Sailfish, Spanish Mackerel, Tuna and other pelagic species are also plentiful all year round. 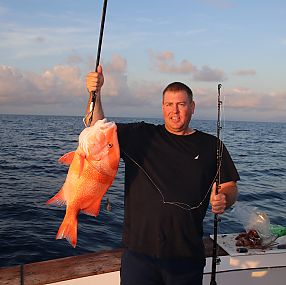 Experience the best fishing the Great Barrier Reef has to offer on a reef fishing charter. Bottom fishing for species such as Red Emperor, Nannygai, Coral Trout, Sweetlip, Spanish Mackerel and Cobia to mention a few.

Quality rods spooled with braid are provided or handlines if preferred.